Google Translate is notorious for it’s lackluster and/or too-literal translating abilities. Let’s put it to the test with stories/lyrics/phrases/grocery lists around the world and back again! 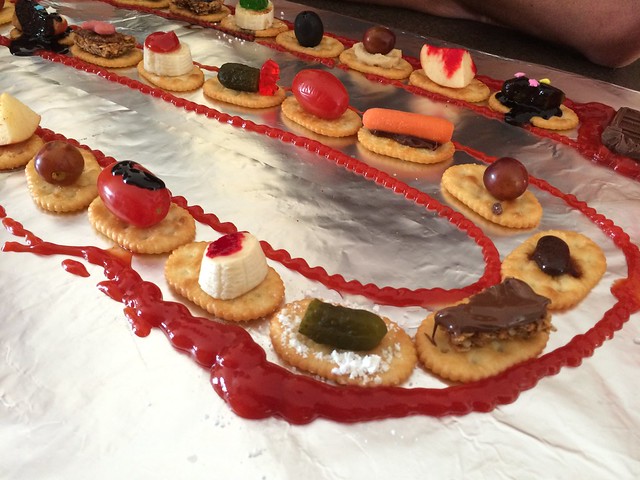 Take the first five paragraphs from some of our recent readings about the darkness of the internet and put it through Google Translate. Then translate it to another language. And again. And again. Have fun with it, then translate it back to English/whatever original language it was in and see how it compares with the original. Chances are depending on what you choose, it will be longer than can be fit into a tweet. Feel free to do this activity in a blog post and link us to it!

Let’s try Chris Gilliard’s recent Fast Company article on Privacy’s not an abstraction translated it to Korean, then took that translation and translated it to Russian, then in the same fashion to Italian, then Hindi, and finally back to English (use the Language Swap button to make it easy).

From lantern laws to sundown towns, from COINTELPRO and STRESS to stop and frisk and all the way up to the current regimes of technologically aided surveillance, the tracking of Blackness in this country has a long and sordid history.

Being surveilled has been, and continues to be, the de-facto state of existence for marginalized populations in America, and not coincidentally, in private is often where movements within those communities start and where they gain momentum and power. This was made clear to me by my parents, early on in my life. Growing up in Detroit, under the specter of STRESS, there was the sense that my neighborhood, my community, was always under a watchful eye whose purpose was not to protect me but to protect others from me and people who looked like me.

Privacy for marginalized populations has never been, and will never be an abstract. Being surveilled, whether by private actors, or the state, is often the gateway to very tangible harms–violence in the form of police brutality, incarceration, or deportation. And there can be more subliminal, insidious impacts, too.

“The fear and uncertainty generated by surveillance inhibit activity more than any action by the police,” Joshua Franco, a senior research adviser and the deputy director of Amnesty Tech at Amnesty International, told Motherboard last year. “People don’t need to act, arrest you, lock you up and put you in jail. If that threat is there, if you feel you’re being watched, you self-police, and this pushes people out of the public space. It is so hard to operate under those types of conditions.”

Which brings me to a recent op-ed in the New York Times about a thought-provoking lesson in privacy. Kate Klonick, an assistant professor at St. John’s University Law School, described an optional and ungraded assignment in which she asked her students to eavesdrop on and surveil unsuspecting folks in public to see what information they could gather about them, using only Google search on their phones.

From the city on the lanterns, from COINTELPRO and STRESS to the current monitoring regime for technical assistance, this country has a long and dreadful history of harassment of blacks.

The real presence of those who are isolated from American society is no coincidence, but a place where movement in the community is often started individually, and they gain strength and power. It was clear to me from the beginning of my parents. When I grew up in Detroit under the influence of stress, my neighbor, our community, did not always protect me, but she was a witness who wanted to protect me and others, as well as those who looked like me.

I have never seen the secret of marginalization and I can never be intangible. Regardless of whether you are an actor or a private state, often such violence is a way of reaching police violence, imprisonment and deportation. And there may be subconscious and astringent effects.

“Last year, the Chief Scientific Advisor and Chief Investigator of Amnesty International International, Joshua Franco, said:” The lack of confidence in fear and observation hinders more activity than the actions of the police. “People do not need to take action, you have to arrest them and put them in jail.” If there is a danger, if you think that you are being monitored, then you become a policeman, who will push people out of public places. It is difficult to work under circumstances “.

One day a unique lesson on historical research was learned in the New York Times. Kate Clonic, Associate Professor of St. John’s College of Law, interprets alternative, non-nominal appointments. He listens and marks the nonsense with his students and confirms the information they can collect and call them.

This Daily DDA has been recycled from previously published ones: